At the ceremony, TUI BLUE Nam Hoi An General Manager Anton Bespalov expressed his sincere thanks to the Vietnam National Administration of Tourism, Quang Nam Province, international and domestic partners, and guests. With their wholehearted support, the resort has overcome challenges during the last two years and has such an honour to receive the 5-star certificate today.

Mr. Tran Trong Kien, CEO cum Chairman of Thien Minh Group – TUI BLUE Nam Hoi An owner – jointly celebrated the event. “Today, TUI BLUE Nam Hoi An is very proud to receive the official Five Star Recognition by the Vietnam National Administration of Tourism. This is a significant and special occasion for Tam Tien, Nui Thanh, and Quang Nam. TUI BLUE Nam Hoi An is jointly developed by TMG, Vietnam’s leading tour operator, and TUI AG, the World’s leading tour operator. Opened in the summer of 2020, it managed to sustain Covid and many natural calamities such as storms and typhoons in 2020/2021. I am extremely proud of our team for working extremely hard over some of the most challenging times to develop this resort,” wrote Kien in his CEO note.

Managing Director of TUI BLUE (Hannover, Germany) Artur Gerber also expressed his delight at the achievement: “We are very proud that our hotel TUI Blue Nam Hoi An is classified and awarded as a 5-star hotel. This is a great incentive for our entire team.”

Congratulated on the achievement of TUI BLUE Nam Hoi An, Director of Quang Nam Culture, Sport and Tourism Department Nguyen Thanh Hong proudly emphasized that this is the first 5-star resort in the southern region of Quang Nam.

“The fact that TUI BLUE Nam Hoi An achieved 5-star recognition is in line with the direction of the Provincial Party Committee and the Provincial People’s Committee in expanding and developing Quang Nam tourism to the South of Quang Nam. I believe that TUI BLUE Nam Hoi An can continue to improve and maintain 5-star standards in the coming time. Quang Nam province is currently focusing on improving this area’s infrastructure, such as the Vo Chi Cong route, Highway 40B, and the upcoming upgrade of Chu Lai airport, Ky Ha port. These critical infrastructures will facilitate tourism development in the South of Quang Nam,” Mr. Hong stated.

“That TUI BLUE Nam Hoi An achieved a 5-star certificate opens more opportunities for developing tourism in the South. I suggest that investors coordinate with local authorities in Tam Ky, Nui Thanh, Phu Ninh, Tien Phuoc, and Tra My to create tourist chains that attract tourists to stay longer in our region,” added Mr. Hong.

At the end of the ceremony, the Board Management of TUI BLUE Nam Hoi An showed their commitment to continue offering the most extraordinary experiences, high-class service quality, and “make thousands of travellers happy” by delivering the best of Vietnam. “General Manager Anton Bespalov and TUI BLUE Nam Hoi An team will try our best to create a memorable holiday for our guests,” Mr. Artur Gerber added. 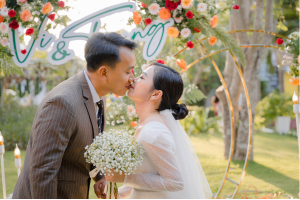 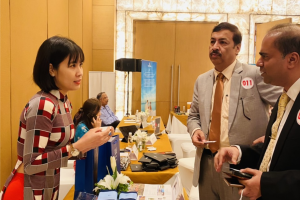 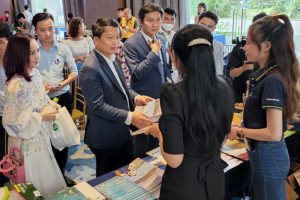 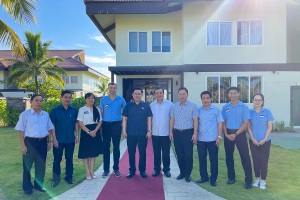 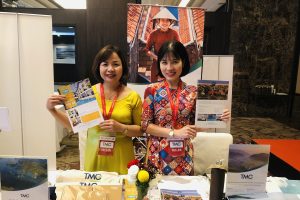 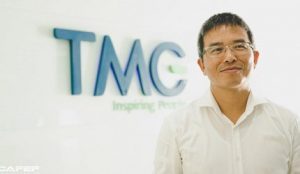 The secret to recruiting Talent of Tran Trong Kien – CEO of Thien Minh Group (TMG): it’s not the highest salaries but the best working environment. 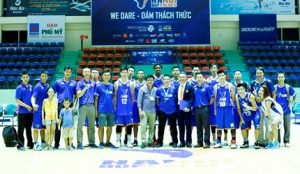 “I love basketball because of its speed” 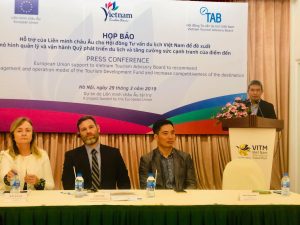 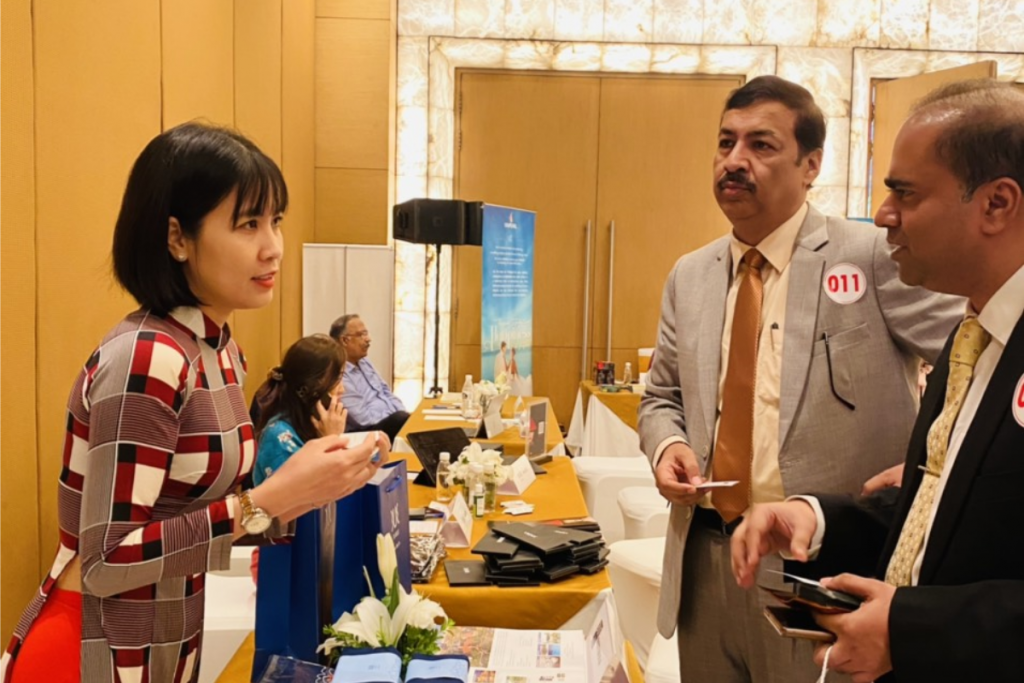 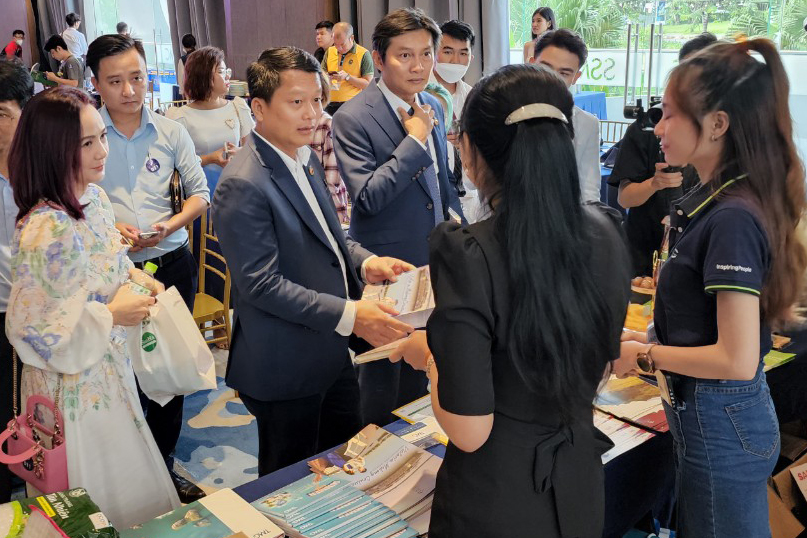 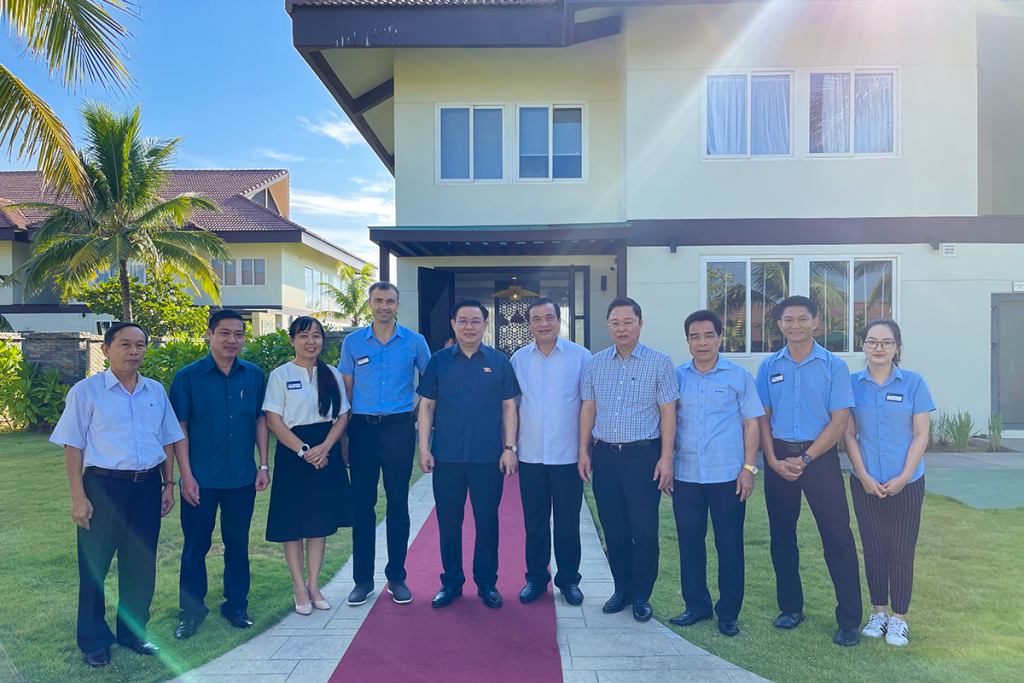